Under its surface shipwrecks litter the North Sea, but it can be hard to believe that the scenic North Yorkshire Coast we see today is home to over 50,000 maritime ruins.

Estimates show that since the 1500’s there had been two wrecks per week and the 1900’s were a particularly significant period due to lax shipping regulations. When coal barges were often overloaded and powerful currents, dangerous rocks and turbulent storms battered merchant and fishing boats. While in 1869 alone there were 838 shipwrecks between Spurn Head and Teesmouth.

Thankfully, this number has fallen to almost none in recent years due to advances in marine technology. But you can still spot plenty of shipwrecks and sunken secrets dotted along the North Yorkshire Coast. Just a short trip from our collection of neighbouring cottages.

You’ll find the wreck of Admiral Von Tromp along the coast at Saltwick Bay, near the Black Nab. Tromp sank in 1976 although nobody is entirely sure what exactly happened. Whitby lifeboat attended the scene but struggled to get close to the crew safely. Sadly two members were swept away by the sea but after a struggle, the rest of the crew were rescued. 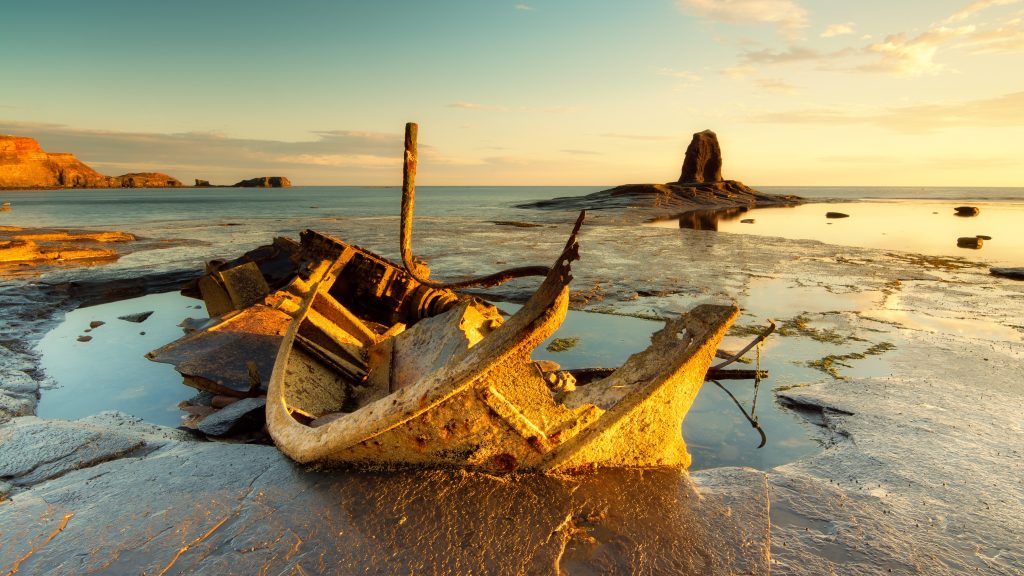 Radium was an Italian cargo ship which sank in 1923 in thick fog near Bempton Cliffs. As you approach the RSPB reserve, you might spot the boilers and propellers. Radium was sailing to Venice from Newcastle, carrying around 5000 tonnes of coal and the full crew were rescued.

Along the coast near Robin Hood’s Bay you’ll find Sarb-J. The fishing trawler originally sank in 1994 when its propeller got caught in rope and until recently, you could see the full shipwreck. The boat has since broken away but if you check the tide, you can still spot part of it perched on its keel under the cliff.

The remains of SS Rosa can be found at West Scar, North Landing near Flamborough. A lump of metal the size of a small car can be seen wedged in the rocks. This is the boiler from the once incredible Royal Navy fuel barge which went down in 1930. Amazingly, the 16-man crew were rescued by the Flamborough lifeboat.

The coal barge and harbour tug Creteblock sank in 1947 while being towed away to be scrapped. It hit shallow water at Whitby Scar and went under at Saltwick Nab. The wreckage was blown up to avoid a hazard to other shipping so you will only be able to spot the concrete debris today.