One of the most celebrated and visited sights on the North Yorkshire coast, the ruins of Whitby Abbey are home to a fascinating history and awe-inspiring to behold.

There has been a monastery or similar on-site since 657 and it formerly held the title of one of the world’s most important religious settlements – in 664 becoming the setting for the Synod of Whitby, a landmark event in the tapestry of the Church of England.

The Abbey was founded in 657 by Oswy, the Saxon King of Northumbria and inaugurally known as Streanshalh and Lady Hild (later Saint Hild the Abbess) offering accommodation for Benedictine monks and nuns.

The building you see today was probably under construction from around 1220 (though the foundation lines of an earlier dwelling can also be seen) and the monasteries of Whitby spared no expense when transforming their home into a place of workshop. As such, upon completion, it represented some of the finest pieces of early Gothic architecture in Britain.

By the early 19th century, Whitby had gained real popularity as a tourist destination and at the same time, the Abbey ruins became a must-visit spectacle. The author Bram Stoker even visited the area and was later inspired to incorporate the setting into his novel, Dracula (which, when published in 1897, helped Whitby gain even more spooky appeal and literary association). 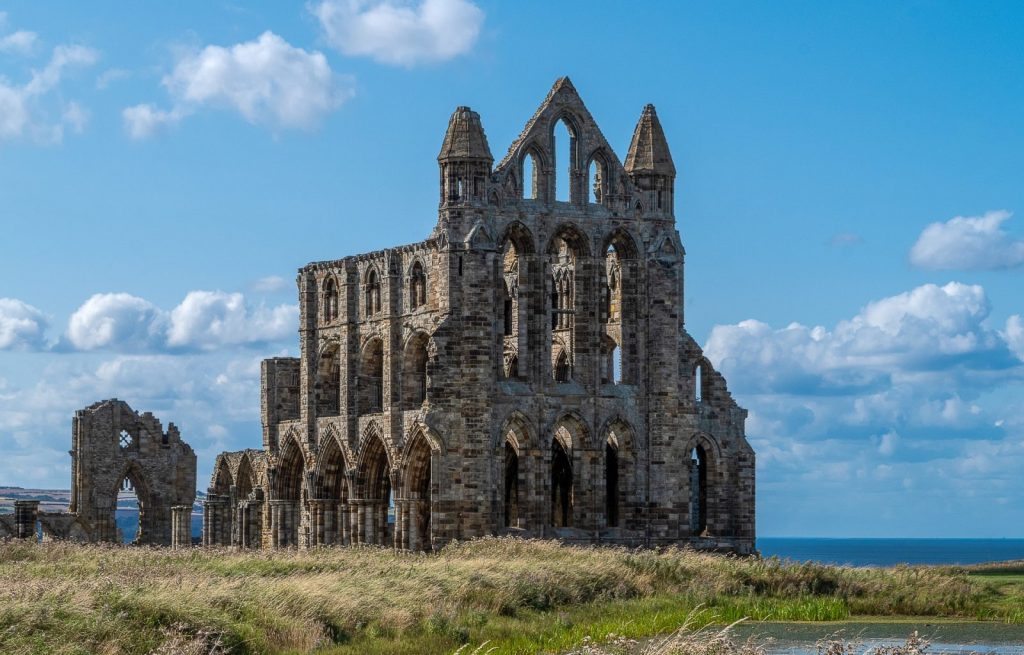 The Abbey ruins today attract visitors in their droves and are a prominent point of the UK’s archaeological significance, offering stunning views out across the North Sea and bustling harbour below from atop the 199 steps. There’s also an interactive visitor’s centre which takes you on a journey through many fascinating artefacts and maritime events, from Anglo-Saxon through to the Medieval ages and you’ll find plenty of places to refuel close by (or a picnic spot within the gardens, if you prefer to dine alfresco) while parts of the grounds can be explored with four legged friends. Plan your visit here.

Whitby Abbey is just a short drive from our North Yorkshire Moors and Coast cottages. Providing the perfect base from which to explore the surrounding scenery and shoreline.

4 Reasons To Visit Whitby This Summer

From the atmospheric Abbey towering over cobbled streets to the windswept beach and bustling harbour, this is not your "traditional" coastal...

We love to champion the diversity of our region's natural environment (in its many unique forms) and work hard to showcase just how vital it...

Plan Your Stay: North Yorkshire and The Lake District

For those seeking a little adventure, or simply a spot of switch off, there’s plenty to see and do (or not) close by. We have compiled hand...