Sandy shorelines, tumbling waterfalls and flourishing forests and moorland set the scene for wild swimming along the North Yorkshire Coast.

While our collection of cottages dotted along the North Yorkshire Coast provide a convenient base from which to explore the charm of the surrounding landscape and are perfect for families, adventurous singles, four legged companions and couples of all ages seeking an escape to somewhere special (and with plenty of places perfect for wild swimming on the doorstep).

Most of this corner of the country is designated as the North Yorkshire and Cleveland Heritage Coast. Where visitors can take to the golden sandy beaches of Sandsend and Whitby, explore pools filled with nautical creatures and uncover rocks containing prehistoric fossils. Popular walking routes across the region offer up bracing and slower paced strolls and often lead to higgledy-piggledy fishing villages lost in time. In addition to sailing and swimming, Sandsend is also noted as one of the regions best surf spots.

Get Out On The Water

Water sports are amongst the most popular outdoor activities along the North Yorkshire Coast. With traditional sailing and boating trips taking place across Whitby and Robin Hood’s Bay. There are also opportunities for canoeing, paddle boarding and rafting along many of the rivers, including the Seven, Esk and Rye and Cod Beck Reservoir on the western edge of the National Park is perfect for windsurfing, yachting and swimming. 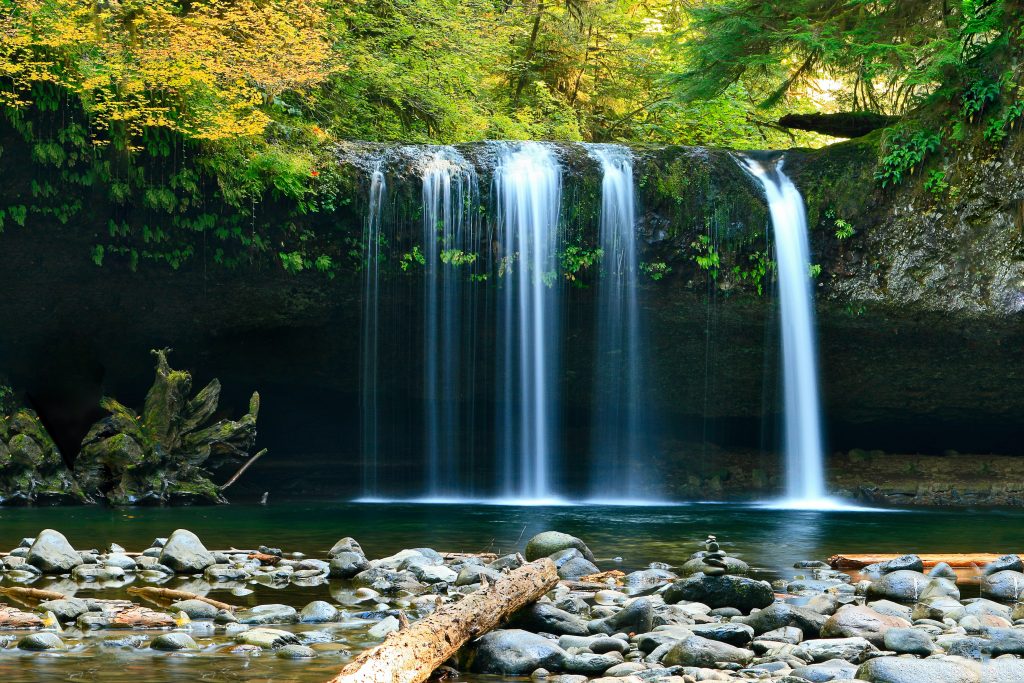 Head Back To Nature

There are many suitable locations across the rugged landscape for wild swimming along the North Yorkshire Coast. One of the most dramatic sitting in Goathland, to the south west of Whitby, where ramblers, hikers and those who enjoy a gentler stroll stop to admire the Mallyan Spout, a spectacular 70ft waterfall with natural pool beneath perfect for a dip. It forms part of Wade’s Causeway, an area of outstanding natural beauty and has often featured in television programmes and films.

If wild swimming isn’t your thing, you can explore the area at a distance from the North Yorkshire Moors Railway that runs from nearby Grosmont and skirts along the edge of the North Riding Forest Park, finishing in Pickering. The North Riding Forest itself offers plenty of picturesque routes for hiking, mountain biking and orienteering. While to the west, Fangdale Beck in the Bilsdale area provides opportunities for rock climbing.

Although the area is ideal for outdoor pursuits, from pony trekking and rock climbing, there are also many interesting indoor attractions and fascinating walks to enjoy amongst ruined monasteries such as Mount Grace Priory (dismantled during the reign of Henry VIII). One of the best preserved, Rievaulx Abbey sits at the southern edge of the moors. While the ruins of Whitby Abbey (the inspiration for Bram Stoker’s novel, “Dracula” and founded in the 7th Century) can be reached by a flight of 199 steps leading up the cliff edge. Some stately homes that are worth a visit include Duncombe Park and Shandy Hall and at Church Houses nature reserve near Bickley you can spot interesting rock formations of Bridestones. While at Staintondale there is a spectacular shire horse centre.

Cottages on the edge of the North Yorkshire Moors and Coast

Explore the higgledy-piggledy fishing village of Staithes, take a trip to the ancient seaport of Whitby and eat fish and chips atop the 199 steps (or stroll through the ruins of the cliff-top Abbey that inspired Bram Stoker’s Dracula) and discover the old fishing and smuggling village of Robin Hood’s Bay. Combine this with a rich and varied landscape of rolling hills, wild moors, golden beaches and woodland (we could go on) and this beautiful part of the country has something for everyone.

With this in mind, sit back, pop your feet up and daydream over our collection of charming self-catering holiday cottages across the North Yorkshire Moors and Coast – whether that’s a for the whole family just a step away from the countryside, a dog friendly cottage surrounded by woodland or a country-coastal retreat for two nestled in a seaside village lost in time.