Lonscale Fell is a relatively small hill (with a 650ml ascent) which often gets included on walks up Skiddaw. Consider enjoying it on its own instead and this route which takes you via Burnt Horse Ridge captures many beautiful views and the chance to see the craggy east side of the fell. It’s a 10km route which is relatively easy and should be no problem with your four-legged friends, with only a few potential hazards on the route.

The route begins at the car park at the end of Gale Ghyll Road. You head through the gate and turn left along a path which follows a wall. You can simply follow the trail around and go through two gates. At the second gate bear right, heading away from the wall onto a path which descends and expands to track width. As you follow the path, which is part of the Cumbria Way, you’ll soon reach the hillside and the lower slopes of Lonscale Fell.

Head into the river valley, above Glenderaterra Beck and benefit from beautiful views down into the valley. You’ll soon spot a rock marked out on OS 25K maps as a “guide stone” as it features Keswick sketched into its stone and an arrow pointing back along your route. Continue on to the fence and gate.

Rather than going over the gate turn left and follow the path alongside a tumble down the wall, you will soon see a further fence and the option to head up towards the summit or continue into the valley. Follow the old fence along the ridge and be ready for a steep grass climb, to the top of Lonscale Fell. To reach the summit you need to bear left and if you want to see the east side follow a path through a fence you need to step over, although your dog may need to jump up or scrabble under.

Once at the summit you can simply retrace your steps to the fence junction, go through the gate, follow the path down to a boggy col and you’ll find another gate. Once passed through this one you are descending a path along upper Whit Beck which will rejoin the main Skiddaw path. This is where you bear left and will return to the car park.

This walk is a relatively gentle ascent with only occasional need for stepping up or over things. The stiles on the route are dog-friendly so it is a great choice for anyone and their four-legged friend ready for a good three or so hours out and about. 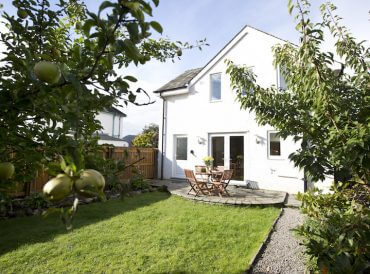 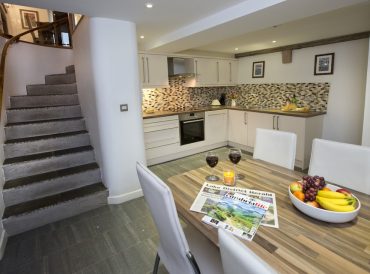 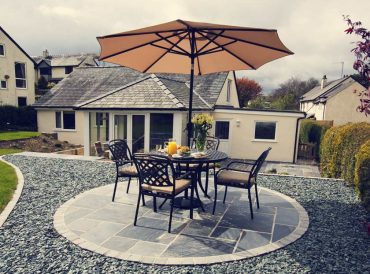